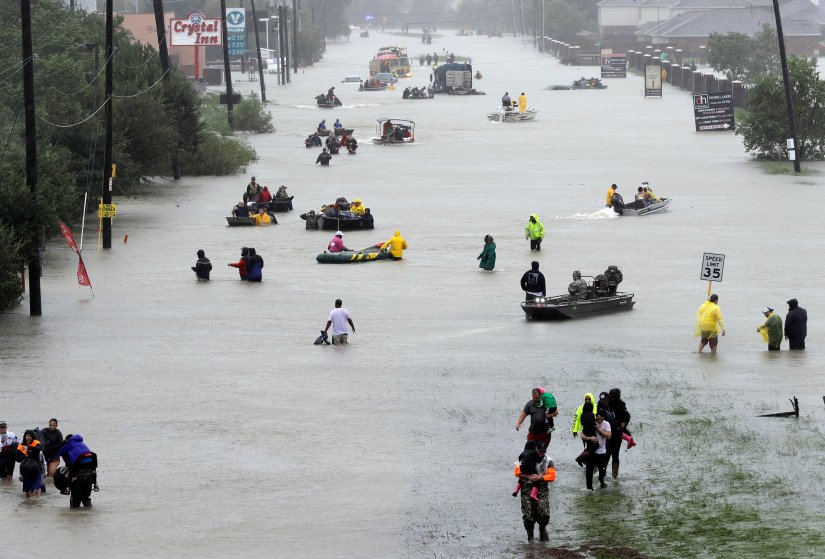 In the midst of massive worldwide devastation, many feel insignificant, alone and hopeless. Multiple hurricanes in less than two weeks have devasted multiple American cities and many coastal islands. An earthquake the likes Mexico has never seen had toppled building and killed hundreds. Many around those areas of the world and many watching what appears to be endless devastation have become depressed. The Mayo Clinic lists a few of the symptoms of depression as feelings of sadness, tearfulness, emptiness or hopelessness. When your home, business and all you know has been wiped away how can you not feel sad, become teary-eyed, feel empty and possibly even hopeless. However, these feelings have actually proven to be helpful during times of loss say Kalila Borghini, LCSW in a GoodTherapy.Com post on healthy ways to grieve. They act as a cleansing of sorts which leaves one refreshed or at least better capable emotionally to move forward. So there is a time to mourn and a time to move forward.

5And Moses the servant of the Lord died there in Moab, as the Lord had said. 6He buried hima in Moab, in the valley opposite Beth Peor, but to this day no one knows where his grave is. 7Moses was a hundred and twenty years old when he died, yet his eyes were not weak nor his strength gone. 8The Israelites grieved for Moses in the plains of Moab thirty days, until the time of weeping and mourning was over.

The Israelites had a customary time to mourn and this was 30 days during which time they would cry, yell, scream and many would cover themselves with rough sack-cloths and filthy ashes to show their bereavement. At this time they would let it all out, imagine a repass, the gathering normally at someone’s house after a funeral, where people would tell stories of the deceased, cry, laugh, mourn and comfort one another. Now imagine this for thirty straight days. This was how the Israelites dealt with loss, but after the thirty days and time of mourning, it was back to business. They may have gotten hit, but they would not view it as a knockdown. It’s one thing to take a hit and lose a house, job, family member or loved one and it’s another thing to take a hit and get knocked down.

No, in all these things we are more than conquerors through him who loved us.

God never called his people to act as rugs and lie on the ground he called us to act as HIS children and GOD’s children are much more resilient than to lie lifeless after a defeat. Many of us may still be going through our time of mourning, with all of the recent tragedies, but even still we will not be weak for long. We know God has called us to be more than conquerors and this knowledge lends itself to hope and hope is the open mouth of power. We may see that the hit caused bruising and the bruising caused swelling and the swelling makes it sensitive to the touch and the sensitivity causes pain when we move, but one day soon the bruising will heal, the sensitivity will go away and the pain will subside! The enemy can hit us, life can hit us but nothing, absolutely nothing can knock us down!

Those that feel like the hit knocked them down often feel like that because they feel helpless and alone. The word says that we have a friend that sticks closer than a brother and that we shall do even greater things than Christ Himself so we are neither helpless or alone.

2No, God has not rejected his own people, whom he chose from the very beginning. Do you realize what the Scriptures say about this? Elijah the prophet complained to God about the people of Israel and said, 3“LORD, they have killed your prophets and torn down your altars. I am the only one left, and now they are trying to kill me, too.”a

Elijah had just gone through some very difficult times and he felt isolated and alone, but God reminded him that not even once was he alone for Elijah had 7,000 people on his side he just did not know it. The enemy wants us to feel alone even though we never are because that will turn a few hits into a knockdown of depression. The difference between mourning and depression is that depression lingers around while mourning ends after its season. After mourning the rebuilding begins, hope returns and God is placed in the heart as sovereign and His will is trusted even when it is not understood.

15When the servant of the man of God got up early the next morning and went outside, there were troops, horses, and chariots everywhere. “Oh, sir, what will we do now?” the young man cried to Elisha.

16“Don’t be afraid!” Elisha told him. “For there are more on our side than on theirs!” 17Then Elisha prayed, “O LORD, open his eyes and let him see!” The LORD opened the young man’s eyes, and when he looked up, he saw that the hillside around Elisha was filled with horses and chariots of fire.

Elisha couldn’t see the angels that God had encamped around them, but know that for every HIT in life you take that God has ANGELS in your life to protect you from being knocked down. I will leave you with this scripture:

8 We are pressed on every side by troubles, but we are not crushed. We are perplexed, but not driven to despair. 9 We are hunted down, but never abandoned by God. We get knocked down, but we are not destroyed. 10 Through suffering, our bodies continue to share in the death of Jesus so that the life of Jesus may also be seen in our bodies.

11 Yes, we live under constant danger of death because we serve Jesus, so that the life of Jesus will be evident in our dying bodies. 12 So we live in the face of death, but this has resulted in eternal life for you.